Season two, episode four of Just Science involves a case through the eyes of an investigator.  Mike Weber, an investigator with the Tarrant County District Attorney’s Office in the Crimes Against Children Unit, walks us through a case involving Munchausen Syndrome by proxy. Munchausen Syndrome by proxy is a rare form of child or elderly abuse where a primary caretaker exaggerates or creates their victim’s symptoms of illnesses, in this case through manipulation, deceit, and forgery. Not much is known about this type of crime because it is so rarely recognized and so difficult to prosecute. Listen along as Investigator Weber navigates us through his journey to justice in this horrific case involving an abusive and attention crazed chemist, a poisoned child, and an investigator who wants justice.

In part 2 we navigate this dramatic rollercoaster of a case, filled with deceit and cliffhangers that seem more like fiction than reality. We left off with the victim being tested in the hospital and Hope’s story starting to unravel… 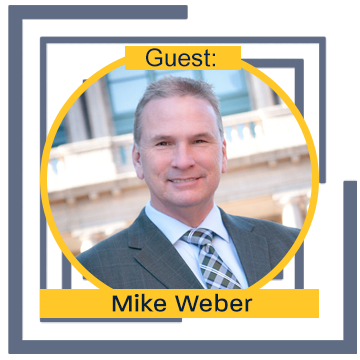 INVESTIGATOR MIKE WEBER—Investigator Michael Weber has been a law enforcement officer for 31 years. Investigator Weber retired from the Arlington Police Department in 2008 to accept a position as an Investigator with the Tarrant County (TX) District Attorney’s Office in the Crimes Against Children Unit where he currently assists prosecutors in preparation of cases for trial and actively investigates special circumstance cases involving child victims. Investigator Weber investigates all claims of Medical Child Abuse (Munchausen Syndrome by Proxy) that are generated in Tarrant County and has investigated 16 such claims in his 7 years with the Tarrant County District Attorney’s Office. These investigations have led to 5 convictions for Injury to a Child, 1 case that is currently being adjudicated, 1 case under active investigation, 1 investigation that was referred to an out of state agency where the injury (surgery) occurred, and 8 investigations where either there were no injuries that allowed for prosecution or where the child actually had the medical ailment claimed by the parent. Mike was recently awarded the 2016 National Center for Missing and Exploited Children’s Texas Hero for Children Award.