The Forensic Technology Center of Excellence (FTCoE) hosted the Statistical Methods for Forensic Decision-Making workshop on August 24, 2015 in San Antonio, Texas. This workshop reviewed the application of statistical methods to practical decision making requirements in the forensic laboratory. Of particular interest was the application of statistical methods to the analysis of both univariate and multivariate data based on class evidence, where the challenge was to assess similarity or dissimilarity in comparisons of questioned and known samples. The specific statistical concepts covered include measures of accuracy and uncertainty, confidence intervals for means, hypothesis tests (both parametric and nonparametric) for comparing means and for comparing variances, one‐way analysis of variance, statistical power, and outlier detection. The use of receiver‐operator characteristic (ROC) plots for evaluating decisions were presented, as well as the application of multivariate statistics to trace evidence data from a variety of spectroscopic (e.g., UV/visible, IR, and Raman spectra), chromatographic, mass spectrometric, and  other sources. Principal component analysis, linear discriminant analysis, and cluster analysis for comparison and discrimination of trace evidence data was presented, along with necessary validation procedures and multivariate hypothesis tests. Software demonstrations were also conducted so that participants would gain an appreciation of capabilities of some current commercial statistics packages. 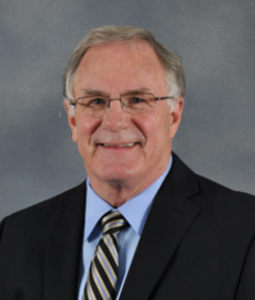 Dr. Morgan has 35+ years of experience teaching statistics to chemists, biochemists, and chemical engineers through the ​American Chemical Society Short Course program, as a consultant to major chemical and pharmaceutical companies, and for other associations including the American Institute of Chemical Engineers, the American Association for Clinical Chemistry, the FBI Trace Evidence Symposium, and the American Academy of Forensic Sciences.