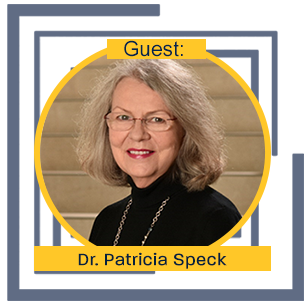 Dr. Patricia M. Speck graduated from the University of Tennessee Health Science Center College of Nursing in 1982 (BSN), 1985 (MSN), and 2005 (DNSc). After retiring from UTHSC College of Nursing as the DNP Public Health Nursing and DNP Forensic Nursing Concentration Coordinator, she joined the University of Alabama at Birmingham (UAB) School of Nursing (SON) in the Department of Community Health, Outcomes, and Systems. Currently Dr. Speck is a Professor and Coordinator of the graduate Advanced Forensic Nursing program of study. She experiences international recognition as a Board-Certified Family Nurse Practitioner and expert in advanced forensic nursing care of patients experiencing an intersection with the legal system. She consults with the Department of Justice as a subject matter expert in forensic nursing and evidence, with universities desiring forensic nursing curriculum, nursing specialty organizations desiring Consensus and curriculum in forensic nursing, and internationally in Africa, Eurasia, the Caribbean, and Central, South and North America with governments, universities, institutions, and Non-Governmental Organizations to evaluate and implement infrastructure change in a coordinated community response to victims of violence. As a family nurse practitioner – forensic nursing practice expert, she has seen or supervised the care of over 15,000 acutely victimized persons. She researches, develops policy, evaluates programs, and builds nursing workforce capacity through publication, education, and violence prevention initiatives that raise awareness about trauma and health. She partners with forensic laboratory experts to collect samples for research about extended post coital intervals and produced evidence in 2015 and again in 2019 to expand timing for DNA detection with enhanced methods in reproductive aged minority and non-minority women, with global implications. She is actively involved in national policy as a member of the American Academy of Nursing (AAN) Global Health Expert Panel and the Violence Expert Panel. She was President of the International Association of Forensic Nurses (IAFN) (2003-2004), Chair, American Public Health Association’s Family Violence Prevention Forum/Caucus (2011-2013) and is a current Academy of Forensic Nursing (AFN) and Forensic Nursing Certification Board (FNCB) member. She teaches the next generation of forensic nurses at UAB SON and through an AFN Journal Club. Her awards include: Fellow American Academy of Forensic Sciences (2008), Distinguished Fellow, IAFN (2001), Distinguished Fellow, AFN (2018), and Fellow, AAN (2002). She is the recipient of over 25 awards and received the Lifetime Professional Impact Award from End Violence Against Women International in 2017.