In this special release season of Just Science, we discuss leadership with prominent names in the forensic community. The last episode of this series features Jeremy Triplett, the Laboratory Supervisor for the Kentucky State Police Forensic Laboratories. Triplett discusses how a leader must not only have people skills, but they also must possess the ability to look beyond their own expertise when handling challenges. 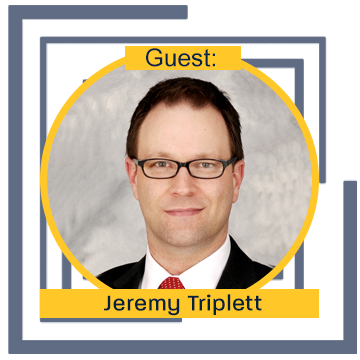 Jeremy Triplett is the drug chemistry supervisor at the Kentucky State Police Central Forensic Laboratory in Frankfort, KY, where he is also served as the drug chemistry technical leader for all six of the Kentucky State Police laboratory branches from 2007 – 2016. He has more than thirteen years of experience in forensic drug chemistry analysis and has testified in local, state and federal courts. As technical leader, Jeremy oversaw training programs, policy and procedure revisions, and internal audits for the Kentucky State Police drug chemistry laboratories, statewide.  Jeremy regularly interfaces with policymakers in Kentucky regarding controlled substances issues facing the Commonwealth. In addition to his work with the Kentucky State Police, Jeremy currently serves on the Board of Directors of the American Society of Crime Laboratory Directors (ASCLD), an organization of crime laboratory directors and managers dedicated to providing excellence in forensic science through leadership and innovation.  During his tenure with the ASCLD Board, Jeremy has chaired the Advocacy committee and the Training and Education committee, where he developed a first-of-its-kind forensic management training academy that has enrolled more than 140 students to date.  Jeremy served as President of the organization from May 2016 – May 2017. In the fall of 2014, Jeremy was appointed to the Forensic Science Standards Board of the Organization of Scientific Area Committees (OSAC), where he was subsequently elected chairman.  OSAC is an initiative sponsored by the National Institute of Standards and Technology (NIST) that seeks to coordinate the development of standards and guidelines to improve the quality and consistency of work in the forensic science community. Jeremy is certified as a Fellow in the area of drug analysis by the American Board of Criminalistics and is a Member of the American Academy of Forensic Sciences. He is also a certified technical assessor in drug chemistry for ASCLD/LAB and has participated in several assessments of forensic science laboratories both inside and outside of the United States.