In episode two of the Leadership Special Release season, Just Science interviews Jody Wolf, the Assistant Crime Lab Administrator at the Phoenix Police Department Laboratory Services Bureau. Wolf tells us how forensic science found her at a pivotal time in her life, and how she created an amazing career at the Phoenix crime lab. With a background that only strengthens her ability as leader, Just Science examines how sometimes rethinking old procedures, or even how a lab is structured can create an overall better and more efficient justice system.

*Correction: Jody Wolf was not in a movie about the Donner Party, it was a movie based on Alfred Packer. 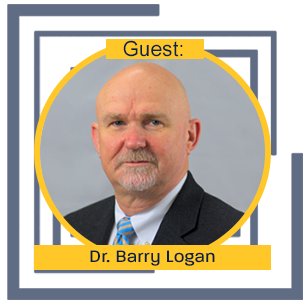 Jody Wolf is the Assistant Crime Lab Administrator for the Phoenix Police Department, Crime Laboratory, an ASCLD/LAB-International / ISO 17025 accredited laboratory that employs over 140 technical and support personnel, which provides forensic services to the sixth largest City in the United States with a population of over 1.5 million residents.

Over her career, she has worked in both public and private laboratories for more than 20 years.  Jody has been employed by the Phoenix Police Department Crime Laboratory for the past 16 years and has served as the Assistant Crime Lab Administrator for the past 10 years. Her responsibilities include operational oversight of the Analytical Services Section, which includes the Forensic Biology/DNA, Evidence Processing, and Toxicology Units. She is an active member of several professional organizations and has been actively involved in the criminal justice community.  She currently serves as the as the President of the International Forensic Strategic Alliance and the Past President for the American Society of Crime Laboratory Directors. She also serves as the Chair of the Arizona Forensic Science Academy Board and is leading the Maricopa County DANY Multidisciplinary Lab Subcommittee for the development of the Maricopa County Sexual Assault Protocol. She is also a member of the Arizona Forensic Science Advisory Committee,  the American Academy of Forensic Sciences, the American Chemical Society, and the Scottsdale Community College Forensic Science Advisory Board. Jody also serves as an faculty member for Rio Salado College and the University of Phoenix where she teaches fundamental science courses, introduction to technology courses, and graduate courses in business management.