Below is the abstract submitted where Dr. Rob Maher explains his research:

Gunshot acoustics–interpretation of the characteristic sounds produced by firearms recorded at a crime scene–is a specialization within the audio forensics field. Audio forensic evidence is increasingly common in law enforcement investigations because of the growing availability of inexpensive and lightweight digital voice recorders and miniature personal digital video camera systems for routine law enforcement and surveillance use. An increasing number of cases involving gunshot sounds are being captured in these audio recordings. The acoustical characteristics of a firearm depend upon the type of gun and ammunition, the distance and azimuth with respect to the gun barrel, and the acoustical reflections and reverberation due to nearby surfaces and objects. For scientific study it is necessary to separate the direct sound of the muzzle blast from the acoustic reflections, echoes, and reverberation that depend upon the recording environment. We use an elevated array of twelve specialized microphones capable of capturing the high intensity and short duration of the firearm’s muzzle blast concurrently over 180 degrees in azimuth. Each microphone is recorded with 16-bit resolution at a 500 kHz sampling rate, and the elevated platform allows the entire muzzle blast to be recorded before the arrival of the first acoustical reflection from the ground. This presentation includes a description of the firearm recording technique, the characteristics observed from these scientific recordings, recommendations on the use and processing of our database of firearm acoustical recordings, and a discussion of future prospects for forensic gunshot acoustical analysis. 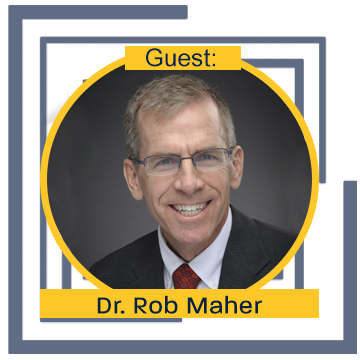 Dr. Rob Maher joined the Montana State ECE faculty in August, 2002. He holds a BS degree from Washington University in St. Louis, an MS degree from the University of Wisconsin-Madison, and a Ph.D. from the University of Illinois-Urbana, all in Electrical Engineering. His research and teaching interests are in the area of digital signal processing, with particular emphasis on applications in digital audio, audio forensic analysis, digital music synthesis, and acoustics. Dr. Maher became ECE Department Head on August 1, 2007, and served in that role for ten years.

Dr. Maher was a faculty member with the Department of Electrical Engineering at the University of Nebraska-Lincoln, from 1989-1996 (tenured in 1995). He joined EuPhonics, Inc., of Boulder, Colorado, in 1997, and was named Vice President of Engineering. When EuPhonics was subsequently acquired by 3Com Corporation in November, 1998, Dr. Maher remained with 3Com-U.S. Robotics as Engineering Manager for Audio Product Development until July, 2001. He also started a successful audio software engineering consulting company (2000-present), and he has been an Adjunct Associate Professor of Electrical and Computer Engineering with the University of Colorado-Boulder (2001-2002). Read More on Dr. Maher’s Montana University Faculty Page.