This is the abstract submitted by the guest where he explains the research him and his team are conducting:

The One Pot methamphetamine production method has become the primary method of choice in clandestine drug laboratories across the United States, due to its simplicity and the availability of required materials. While the method is simple, it also generates risk to innocent bystanders within the community from flammability and toxicity hazards. This study was undertaken to determine the feasibility of the detection of methamphetamine clandestine laboratories through monitoring waste water effluents. Methamphetamine was produced by the One Pot method and the methamphetamine hydrochloride product was filtered out. The remaining materials were deposited into a local waste water system in a controlled setting to simulate the disposal of unwanted production products. Water samples were collected post-distribution to determine a time course and analyzed via solid phase extraction with liquid chromatograph-tandem mass spectrometry. Methamphetamine, pseudoephedrine, and ephedrine were all detectable in the waste water. Also, an over-reduced product characteristic of the One Pot synthesis, CMP [1-(1′,4′-Cyclohexadienyl)-2-methyl-aminopropane] was detected. This work demonstrates the possibility and potential for analyzing waste water to monitor and detect clandestine One Pot methamphetamine laboratories within a community. 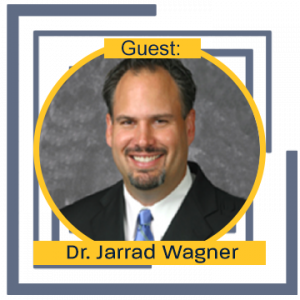 Dr. Jarrad Wagner is a Professor of Forensic Sciences at Oklahoma State University Center for Health Sciences (OSU CHS), where he specializes in research and instruction in Forensic Toxicology and Trace Analytical Chemistry, including post-blast investigations and clandestine laboratories. He is also the Director of the Forensic Toxicology and Trace Laboratory (FTTL) at OSU CHS, where his principal focus is working with triple quadrupole LC/MS/MS instruments and supporting forensic and clinical laboratories in method development, validation and training.

Professor Wagner formerly served as a Chemist in the Hazardous Materials Response Unit of the FBI Laboratory, where he specialized in crime scene investigations involving hazardous materials throughout the world. Prior to the FBI, his law enforcement experience includes his time as a Forensic Scientist in the Toxicology section of the Orange County (CA) Sheriff-Coroner’s office and his service as a Reserve Police Officer in the City of Irvine, CA. Dr. Wagner earned a Ph.D. in Environmental Toxicology from the University of California at Irvine and undergraduate degrees in Biology and Chemistry.