In episode four of our Drugs Season, Just Science interviews Dr. Carl Wolf, from the Medical College of Virginia Commonwealth University to discuss his NIJ funded research, titled “Liver Doesn’t DIE, or at least its Enzymes, and Other Useful Information Discovered while Evaluating the Effect of Sample Preparation Techniques on Matrix Effects and Absolute Recovery of Opiates in Liver Tissue using UPLC-MS/MS.”

Stay tuned as we discuss the challenges associated with post-mortem work in forensic toxicology to dispel incorrect assumptions associated with how the human body functions in death. Is your liver dead if the cells are still living? Listen along as we explore this question, novel psychoactive substances and more on forensic toxicology and body fluids.

This episode was recorded at the American Academy of Forensic Sciences 2018 annual meeting where Dr. Wolf presented the research at the NIJ R&D Symposium. If you missed his talk, you can view the archival here. 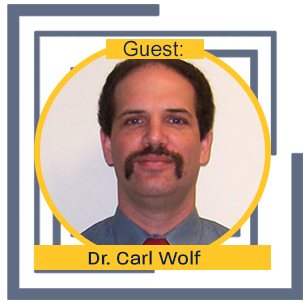 Dr. Wolf has been employed at Medical College of Virginia Hospitals since 1987 in various roles in the Clinical and Forensic Toxicology Laboratories.  Dr. Wolf regularly consults and/or lectures on toxicology and drug testing issues.  Dr. Wolf has given expert testimony in several jurisdictions in the Commonwealth of Virginia and the State of North Carolina.  Dr. Wolf has contributed to over 100 presentations and peer-reviewed publications.  Dr. Wolf is a full member of the Society of Forensic Toxicologists.  Dr. Wolf is a Fellow of the American Board of Forensic Toxicologists (ABFT), and has been certified by ABFT since 2001. Dr. Wolf was a member of the group that received the 2007 Educational Innovation Award from the School of Medicine at the Medical College of Virginia Campus of Virginia Commonwealth University for their work on developing and maintaining an on-line continuing education program for chronic non-malignant pain management curriculum. In 2017, Dr. Wolf received a grant from the National Institute of Justice (NIJ) to study the matrix effects that liver tissue has on the analysis of opiates using ten different sample preparation techniques.