With this episode we kick off our Drugs season. Topics will range from legalization of marijuana in relation to police officers, the opioid epidemic, Electronic Dance Music Festivals, how witnesses’ and victims’ memory of events can be affected by alcohol, current vaping research, drug courts, and much more.

Episode one features Nancy Crump, an Assistant Crime Laboratory Administrator at the Phoenix Police Department. In this episode Just Science discusses the creation of the Field Identification Drug Officer Program. Nancy and John discuss how the lack of laboratory resources creates an inefficient system for testing drugs found in the field and possible solutions for this issue. 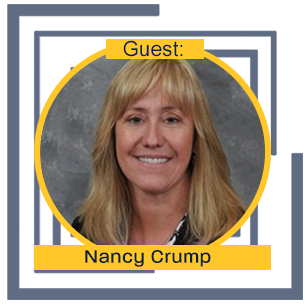 Nancy Crump is currently an Assistant Crime Laboratory Administrator with the Phoenix Police Department Laboratory Services Bureau (LSB). She has held this position since November 2005. Since joining the Phoenix Police Department as a civilian employee in the LSB in 1998, Ms. Crump has worked as a Criminalist and Criminalist Supervisor in the Controlled Substances Section. Her duties have ranged from drug analysis, providing expert testimony and training police officers in drug recognition to the creation, implementation, expansion and oversight of the Phoenix Police Department Field Identification (or CSO) program. This program was used as the model for a national program sponsored by the National Institute for Justice (NIJ), which began implementation as a pilot program in November 2006.

Nancy earned a Bachelor of Science degree in Chemistry from the University of Utah in 1990. She attended the Phoenix Police Department’s Enlightened Leadership Seminar in 2001 and also successfully completed the City of Phoenix Supervisor Academy in 2003. Ms. Crump was a graduate of the first class of the Leadership in Police Organizations (LPO) program in Arizona. She serves as an Arizona Peace Officer Standards and Training Board (AZPOST) instructor. She has also received training as an auditor of Crime Laboratories from the National Forensic Science Technology Center (NFSTC) and the American Society of Crime Laboratory Directors/Laboratory Accreditation Board (ASCLD/LAB).