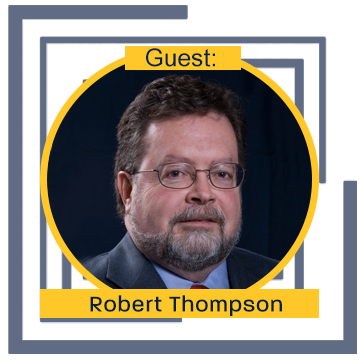 Mr. Robert M. Thompson has been a Senior Forensic Science Research Manager with the Special Programs Office-Forensic Sciences at the National Institute for Standards and Technology (NIST) for 9 years. He has over 38 years of experience as a Forensic Scientist and Criminalist. He is certified in Criminalistics by the American Board of Criminalistics (ABC) and is a past Chairman and current member of the Association of Firearm and Toolmark Examiners (AFTE) Certification Program Committee. He is a Fellow of the American Academy of Forensic Sciences and a Distinguished Member of AFTE. Mr. Thompson was awarded a MFS from The George Washington University in Washington, DC and a BS in Forensic Science with a Chemistry minor from the California State University in Sacramento, California. Prior to joining NIST, Mr. Thompson was a Senior Firearms and Toolmark Examiner for the Bureau of Alcohol, Tobacco, Firearms and Explosives (ATF) Forensic Science Laboratories and as a Forensic Scientist and Criminalist in crime laboratories with the Washoe County Sheriff ’s Department (Reno, Nevada), Oregon State Police, and the GeneLex Corporation (Seattle, Washington). His court-accepted expert testimony includes Firearms/Toolmark Identification, Proximity Testing, Serology and DNA analysis, Drug Analysis, Hair and Fiber Examination, Blood Spatter Reconstruction, Shoe Print Comparison, and Crime Scene/ Shooting Reconstruction. Mr. Thompson has testified as an expert in numerous Federal and State courts and has active professional affiliations with several regional, national, and international forensic science societies. He is published in the Journal of Forensic Sciences, Forensic Science International, Journal for the Association of Firearm and Toolmark Examiners, Proceedings of SPIE – The International Society for Optical Engineering, NIST Journal of Research, Inside ATF, Measurement Science and Technology, FBI Crime Laboratory Digest, and the Proceedings of Saratov University (Russia)