In episode six of the IPTES season, Just Science interviews Chris Hamburg, from the Oregon State Police Forensic Services Division, and Jeff Jagmin from the WSP Crime Laboratory Division in Seattle. Our guests discuss the process a footwear examiner goes through in order to capture test impressions. Their interactive workshop “Intra- and Inter-variability of Footwear Test Impressions” had attendees go through this footwear examiner process. The attendees could then see for themselves what variations occur on the test impressions depending on the examiner’s physical variations, such as height and weight. 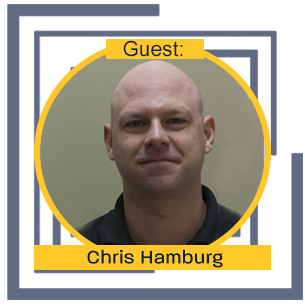 Mr. Chris Hamburg is a Senior Forensic Scientist for the Oregon State Police Forensic Services Division. Mr. Hamburg graduated from the Willamette University in 1996 with a BS degree in Chemistry. His forensic career started with the Washington State Patrol (WSP) Tacoma Crime Laboratory in 2003 where he was assigned to the Microanalysis section. In this role, he performed examinations of evidence related to hairs, fibers, impressions, glass, and general criminalistics and responded to major crime scenes. In October 2008, Mr. Hamburg left WSP, moved to his home state of Oregon, and joined the Trace Evidence section of the Portland Metro laboratory. Mr. Hamburg is a member of the American Academy of Forensic Sciences, International Association for Identification (IAI), Northwest Association of Forensic Scientists (NWAFS), and American Society of Trace Evidence Examiners. He is currently a member of the Organization of Scientific Area Committees (OSAC) Footwear and Tire Subcommittee and is certified in General Criminalistics by the American Board of Criminalistics. 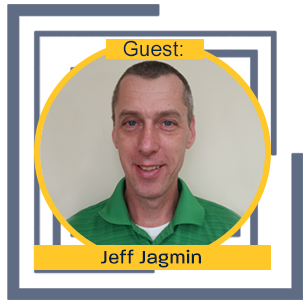 Mr. Jeff Jagmin is a Supervising Forensic Scientist for the WSP Crime Laboratory in Seattle. Jeff graduated from the University of Washington in 1995 with a Bachelor of Science in Chemistry. His forensic career started in 1996 with the WSP Tacoma Crime Laboratory where he was assigned to the chemistry section, performing examinations of controlled substances and suspected clandestine laboratory samples. He joined the WSP Statewide Incident Response Team in 1997. In this role, he responded to suspected clandestine laboratory scenes, and his 134 duties included scene evaluation, safety, and collection. In 2002, Mr. Jagmin was assigned to the microanalysis section, where he was responsible for the examination of evidence in suspected explosives, fibers, impressions, hair screening, general criminalistics, and microscopy. In January 2008, he transferred to the WSP Seattle Laboratory when he was promoted to Supervisor of the Microanalysis Section. Mr. Jagmin is a member of the American Academy of Forensic Sciences, IAI, NWAFS, and American Society of Trace Evidence Examiners. He is currently a member of the OSAC Footwear and Tire Subcommittee and was also a member of the Technical Working Group for Fire and Explosives (TWGFEX), where he was a co-chair of the explosives database committee. He has been involved with the NWAFS as a Special Research Mentor for three projects (two of which involve footwear) and two technical working group meetings (one for explosives and one for footwear).