In Episode 9, Season 2, Just Science interviews Ray Wickenheiser, director of the New York State Police lab system and current ASCLD president. Ray takes us down to Cajun Country to the case of deranged “Baton Rouge Serial Killer,” Derrick Todd Lee, who targeted young women in the Baton Rouge area of Louisiana during the early 2000s. Just Science and Ray jump into the details of the complex crime scenes Lee left throughout the city and discuss the significance of a muddy footwear impression, a computer cord, and DNA evidence, and how they helped break the case for a clear path to conviction. Derrick Todd Lee was convicted in 2004 and died on death row in 2016. 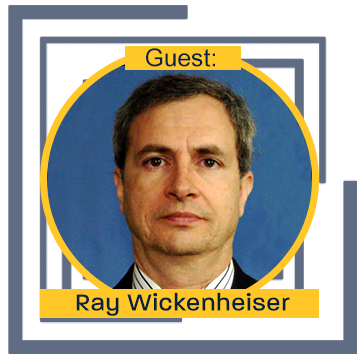 Ray Wickenheiser is currently the Director for the New York State Police Crime Lab System, headquartered in Albany, New York. He is also a member of the American Society of Crime Laboratory Directors (ASCLD) Board of Directors and the President for 2017. Mr. Wickenheiser has over 17 years of experience as a Crime Lab Director and over 33 years in forensic science. His areas of expertise include quality management, forensic DNA, serology, hair and fiber trace evidence, physical matching and comparison, glass fracture analysis, and forensic grain comparison. Mr. Wickenheiser is a qualified ISO Auditor, conducting audits in 10 states as an Auditor and DNA Lead Auditor. He has testified as an expert witness over 90 times, published numerous scientific articles, and is a frequent presenter at workshops and conferences. Mr. Wickenheiser holds a Bachelor of Science Honors degree, a Master of Business Administration degree, and is currently pursuing a Doctoral degree.