In episode eight, Season two, Just Science interviews Dr. Jan De Kinder, from the National institute of Forensic science and criminology in the Belgium Department of Justice. Dr. De Kinder explores how trace evidence was a critical piece of evidence in the murder of two young girls 20 years ago in Belgium. During the time of the murders Belgium was dealing with a large number of missing children cases. The suspect’s jeans ended up the key piece of evidence matching fibers to both of  the victim’s clothing. 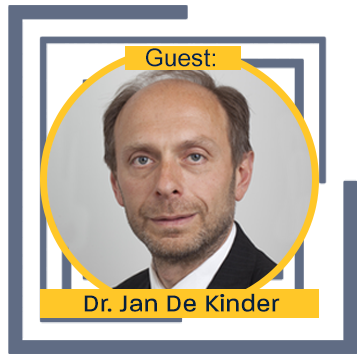 After obtaining his PhD in Science in 1992, Jan DE KINDER worked as a post-doc researcher in the field of solid state physics and spectroscopy. In 1996, he was tasked to develop the area of crime scene ballistics / firearms identification at the National Institute of Forensic Science and Criminology. In 2001, he became the head of the Ballistics Section.

Since July 2006, Jan De Kinder is the Director-General of the National Institute of Forensic Science and Criminology, a Belgian Federal Scientific Institute.

During his career he has made numerous contributions to scientific journals and serves on a number of scientific committees of international meetings and panels. He was the chairman of the European Network of Forensic Science Institutes (ENFSI) in the period of 2009-2011 and 2015-2017, as well as of the International Forensic Strategic Alliance (IFSA) in the periods 2007-2008, and 2009-2010.

10 years of 1:1 taping in Belgium — A selection of murder cases involving fibre examination