In this “Just So You Know” episode of Just Science, we discuss this year’s Rapid DNA forum with Chris Asplen, the Executive Director of the National Criminal Justice Association. The 3-day forum, hosted by the Forensic Technology Center of Excellence, was held in Alexandria, VA in August of 2017.  This forum provided more than 130 attendees from the forensic DNA community an opportunity to be updated on commercially available Rapid DNA technologies, hear lessons learned from several early adopters spanning local law enforcement and federal agencies, and discuss moving forward as a community. As one of the many distinguished presenters from the forum, Chris discusses how Rapid DNA is moving forward slowly but surely saving jurisdictions time and money, and that getting the policy right is just as important as getting the technology right. 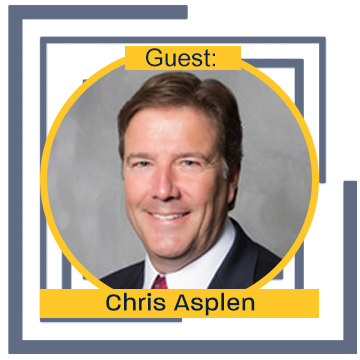 Chris Asplen began serving as the Executive Director of the National Criminal Justice Association in January 2016. Mr. Asplen is a national and international expert on the use of DNA technologies. Previously, he served as Director of the DNA Legal Assistance Unit for the American Prosecutors Research Institute and the National District Attorneys Association; he also served as an Assistant United States Attorney and as the Executive Director of the National Commission on the Future of DNA Evidence for the U.S. Department of Justice. Mr. Asplen has worked with governments and law enforcement agencies to implement DNA technology to maximize its ability to identify and convict the guilty while protecting the innocent. Mr. Asplen has testified before the U.S. Congress as well as the South African and Philippine parliaments. He also serves as a consultant to the U.S. Department of State and the Global Initiative to Combat Nuclear Terrorism on the prosecution of nuclear terrorism crimes.