In episode nine of the Identification season, Just Science sits down with Heidi Eldridge, from RTI international, along with Eric Ray and Glenn Langenburg, the co-hosts of the Double Loop Podcast, to discuss the nature of the respective podcasts.

The Double-Loop podcast has been around for over five years now. While its origin can be traced back to a Game of Thrones conversation over dinner, it has grown into a successful podcast with a large forensic professional following. Eric Ray and Glenn Langenburg are respected voices in the forensic community and use their podcast as an opportunity to educate others about latent print topics. In this episode, Just Science sits down with Glenn and Eric to discuss history, inspiration, and the challenges facing their respective podcasts.

If you’re interested in hearing more about latent print topics, current events in forensic science, the newest research articles, and the analysis of notable cases from a forensic scientist perspective, listen to Double Loop here.

This season is funded by the National Institute of Justice’s Forensic Technology Center of Excellence. 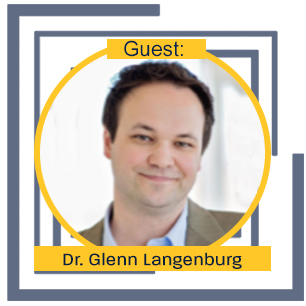 Glenn Langenburg is a certified latent print examiner at the Minnesota Bureau of Criminal Apprehension and also manages a consulting business (Elite Forensic Services, LLC). He has experience with crime scenes and bloodstain pattern evidence and he is certified as a general criminalist by the American Board of Criminalistics. Glenn has a Ph.D. in Forensic Science from the University of Lausanne in Switzerland. His thesis, “A Critical Analysis and Study of the ACE-V Process”, focuses on decision-making and the application of ACE-V by fingerprint experts. Glenn has lectured and hosted workshops nationally and internationally at forensic science conferences in the United States, Canada, and Europe on topics including Daubert issues, research, probabilistic approach, error rates, and fingerprint methodology. He has published numerous research articles in peer reviewed journals. Glenn has the privilege of serving the fingerprint community as a member of SWGFAST (Scientific Working Group for Friction Ridge Analysis, Study, and Technology). He also co-hosts a weekly podcast, “The Double Loop Podcast”, on fingerprint topics with Eric Ray. Most recently, Glenn has taken on a new role at the Minnesota BCA as a Forensic Science Supervisor of the Drug Chemistry Section. 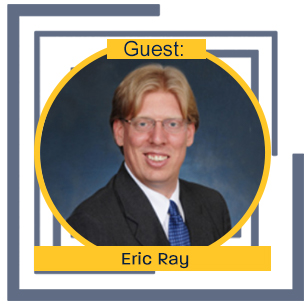 Eric Ray has been employed as a Forensic Scientist since 2007 and is a Certified Latent Print Examiner. He earned a BS in Biochemistry and Molecular & Cellular Biology from the University of Arizona in 2000. As a member of the IAI, Eric is on the Editorial Board of the JFI. As the president of Ray Forensics, Eric has published and presented extensively on the exclusion decision in latent fingerprint comparisons and is developing new extensions to customize Photoshop for latent print examiner use. In his spare time he also co-hosts the Double Loop Podcast, a weekly show on fingerprint topics.