In episode seven of the Identification season, Just Science interviews Carlos Gutierrez, a lecturer at Chaminade University of Honolulu, about the new field of Forensic Microanthropology. After finding an unidentified bone, forensic anthropologists must first determine if it belonged to a human or an animal. If it’s an animal bone, they can move on to other case work, but human remains require a much more involved and expensive forensic processes such as DNA testing. For developing countries these tests can be too expensive and time consuming. With limited resources and tight timelines, Carlos Gutierrez wanted to find an affordable and timely way to analyze remains and differentiate between human and animal bones. It was through this need that Forensic Microanthropology was born. Listen along as he discusses the details of Forensic Microanthropology in this episode of Just Science. 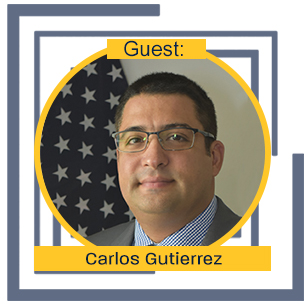 Mr. Gutierrez earned his college degree of Public Security Administration at Carabineros de Chile school in 2001. In 2002, earned his certificate Reforma Procesal Penal y sus Efectos en la Función Policial (Criminal Procedure Reform and its Impact on the Police Function) dictated by the Police Science Academy of Carabineros de Chile. Then, in 2003, obtained his specialization in Criminalistics in Carabineros de Chiles police agency. Later on, Mr. Gutierrez earned several certificates of different courses made in Argentina, Germany, Spain, Peru and the US. In 2012 obtained his Master degree in Educational Management at Andres Bello University in Chile. Then, in 2016 earned his Master in Science in Forensic Science (MSFS) at Chaminade University of Honolulu, USA.

Within Mr. Gutierrez’s professional performance, it can be distinguished his work in the identification processes at different massive disasters, among which we can mention, Chief of the forensic identification team of the fatalities at the fire of the Blue House II hostel, in the city of Punta Arenas on February 3rd, 2007 (Chile); and, forensic identification of the fatalities of the big Earthquake and Tsunami on February 27th, 2010 in the city of Constitution (Chile). This last two years, Mr. Gutierrez has worked in the development of a technique, based on Forensic Microantropology, which allows to identify and to determine whether any small bone fragment found in the crime scene is human or not-human. His prominent professional performance, has opened him the doors to several international associations in the forensic field such as: Asociación Latinoamericana de Antropología Forense (ALAF), Asociación de Antropología Biológica Argentina (AABA), International Law Enforcement Academy (ILEA), The International Association for Identification (IAI), The International Association of Chief of Police (IACP), American Academy of Forensic Science (AAFS) and Colegio de Criminalistas de Chile (COLCRIM).