In episode six of the Identification season, Just Science interviews Hillary Daluz, an instructor for Tritech Forensics and author on latent print analysis. From soda cans and cigarette packs to animal carcasses and pressure cookers, an improvised explosive device is just that: improvised. One of the most difficult parts of I.E.D. identification after the explosion is figuring out what was part of the bomb itself. Hillary Daluz spent 14 months in Iraq as a latent print examiner working on the remains of improvised explosive devices. Listen along as she discusses contextual bias, the difficulty of identifying finger prints on improvised explosives, and the importance of partnering with other disciplines in this episode of Just Science. 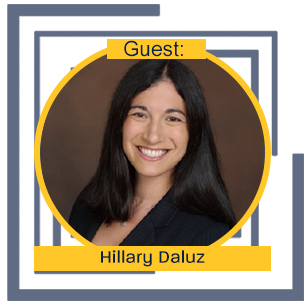 Hillary Moses Daluz is currently an instructor for Tri Tech Forensic, a forensic specialist with Forensic Identification Services, and the author of Fundamentals of Fingerprint Analysis and the Fingerprint Analysis Laboratory Workbook (CRC Press, 2014). After earning her Masters of Science in Forensic Science from the University of California, Davis she deployed to the Joint Expeditionary Forensic Facility at Camp Victory in Baghdad, Iraq as a Latent Print Examiner. After returning stateside she became a member of the faculty in the Forensic Sciences program at Chaminade University of Honolulu, teaching at the undergraduate and graduate level. Daluz has worked in a variety of forensics positions including Senior Latent Print Technician with American Systems and Police Identification Specialist with the City of Hayward Police Department in California. Daluz is a member of the International Association for Identification.