In episode five of the Identification season, Just Science interviews Erin Sims, Lab Manager of the Forensic Identification Unit for the Lincoln, Nebraska Police Department, about a case involving methamphetamine use and a double homicide. In the early hours of a seemingly normal morning outside Grand Island, Nebraska, Brandon Crago fled a drug rehabilitation center. 19 hours later, Crago had stolen four different cars, evaded police, and traveled 300 hundred miles. At the end of his journey, he took the lives of a retired couple on a farm just outside Lincoln, NE. Using wound and bloodstain pattern analysis, Erin Sims and her team pieced together the story and linked Crago to the killings. Listen along as she recalls the details of the methamphetamine-fueled car chase that led to a double homicide in this week’s episode of Just Science. 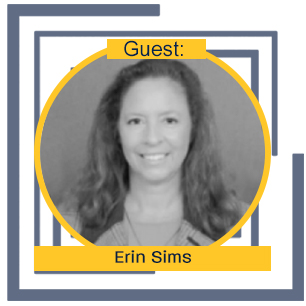 Ms. Erin Sims has been employed with the Lincoln Nebraska Police Department for 35 years. She started her career as a Uniform Officer, was a Detective/Sergeant for 16yrs, and was promoted to Forensic Lab Manager of the Forensic Identification Unit in December 2008. She has been one of the supervisors in LPD’s Crime Scene Investigation Unit since its inception in 1997. She has instructed at the Nebraska Law Enforcement Training Center and taught Advanced Crime Scene Processes at Nebraska Wesleyan Forensic Science Master’s program for 6 years. Her areas of expertise include Latent Fingerprint processes, Crime Scene Processing, and Bloodstain Pattern Analysis. Ms. Sims is a Certified IAI Crime Scene Investigator and Bloodstain Pattern Analyst.